by Aadi
in Building Material, Construction
0 0
3

What is AAC Blocks?

AAC was developed in 1924 by a Swedish architect, who was looking for alternate building material with properties similar to that of wood – good thermal insulation, solid structure, and easy to work with – but without the disadvantage of combustibility, decay, and termite damage.

Fly ash raw material is freely available in Thermal power plants as a waste industrial product, thus reduction of manufacturing cost. The density of fly ash ranges from 400-1800 kg/m3. Fly ash has thermal insulation, fire resistance, and sound absorption property. The type of fly ash used to manufacture of AAC blocks is Class C which contains 20% lime (CaO) and loss of ignition not be more than 6%.

Different quality of Lime is available and can be used in combination with other raw materials it’s quality and quantity. It is obtained either by crushing to fine powder at the AAC factory or by directly purchasing it in powder form from a merchant.

This Project aims to utilize OPC cement as the main binder material, it will give faster strength to the bricks, besides giving improved consistent quality it also ensures better cost-effectiveness for the same. Using OPC 53 grade will be a standardized practice, the other Prime advantage of using OPC (compared to other binders) is its easy availability locally through nationwide Retail Network.

Aluminum powder is used as an expansion agent. When the raw material reacts with aluminum powder, the air bubble introduced due to the reaction between calcium hydroxide, aluminum, and water, and hydrogen gas is released.

The water used in the manufacture of concrete masonry units shall be free from mater harmful to concrete or reinforcement.

Procedure of production of AAC blocks in the following points.

Concrete masonry building units shall be made in sizes and shapes to fit different construction needs. They include a stretcher, corner, double corner or pier, jamb, header, bullnose, and partition block, and concrete floor units. Concrete block shall be referred to by its nominal dimensions. The term ‘nominal’ means that the dimension includes the thickness of the mortar joint. Actual dimensions shall be 10 mm short of the nominal dimensions (or 6 mm short in special cases where finer jointing is specified).

The nominal dimensions of the concrete block shall be as follows:

In addition, block shall be manufactured in half lengths of 200,250 or 300 mm to correspond to the full lengths.

AAC blocks normal dry density is low which makes it a lighter and thermal insulator. AAC block density range 350 kg/m3 to 1200 kg/m3. Lower density block use for partition walls and heavier blocks use for load-bearing construction.

Fly ash is used as primary raw material thereby form uniform distributed air voids by providing a uniform coating on each bubble and thereby prevents the merging of bubbles. The presence of these voids makes AAC block thermal insulator.

As the presence of pores in aerated concrete influences the permeability of AAC blocks and considerably related to pores size and their distribution. Permeability is contributed by open pores which are linked with other pores and form capillarity, not by the closed pores.

AAC blocks are made by recyclable industrial waste material. Thereby it helps in reducing the issues concerned with the disposal. These materials are also non-toxic which does not pollute the air, land, or water.

Lots of cellular structures created during the manufacturing process that makes it an excellent thermal insulator and that means the interior environment is easier to maintain, thus eradicating the need for supplementary induction. 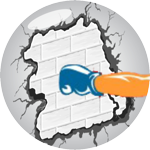 AAC block has an average compressive strength of (3-4.5) N/mm³ which is superior to most types of lightweight blocks than other building material.AAC is manufactured from non-biodegradable materials, which neither rot nor attract mould, keeping interiors clean and durable.

AAC blocks are lightweight that reducing a dead load of the building. Due to this, AAC blocks are capable of reducing the damage caused to your buildings during an earthquake. 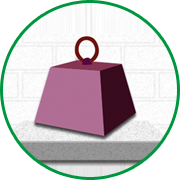 The availability of AAC blocks is never affected by the weather. The curing is done in autoclaves in factories that are unrelated and unaffected by the seasons.

The use of AAC blocks reduces the dead load, that’s why also reduces the consumption of steel by 10-15% on reinforcement. So, overall AAC blocks decrease the construction cost by almost 30%.

Due to lightweight, they can be easy to use, and transportation. Large size leads to faster construction and also decrease the construction.

AAC blocks contain individual air pores that do not allow water to pass through it. Due to this, the permeability resistance of these blocks is about 85% higher than clay brick walls.

Since there are no organic substances used to manufacture the AAC blocks, they do not allow the nesting and growing of termites, mould, and mildew.

As the AAC block has numerous tiny interior air holes results in enhanced sound and acoustic absorption. It offers a sound attenuation of about 40-50 dB.

The AAC blocks making ingredients are all inorganic and non-combustible. This means they will not produce poisonous gases and fire-resistant up to 1600°C.

Advantages And Disadvantages of AAC Blocks

Advantages And Disadvantages of AAC Blocks